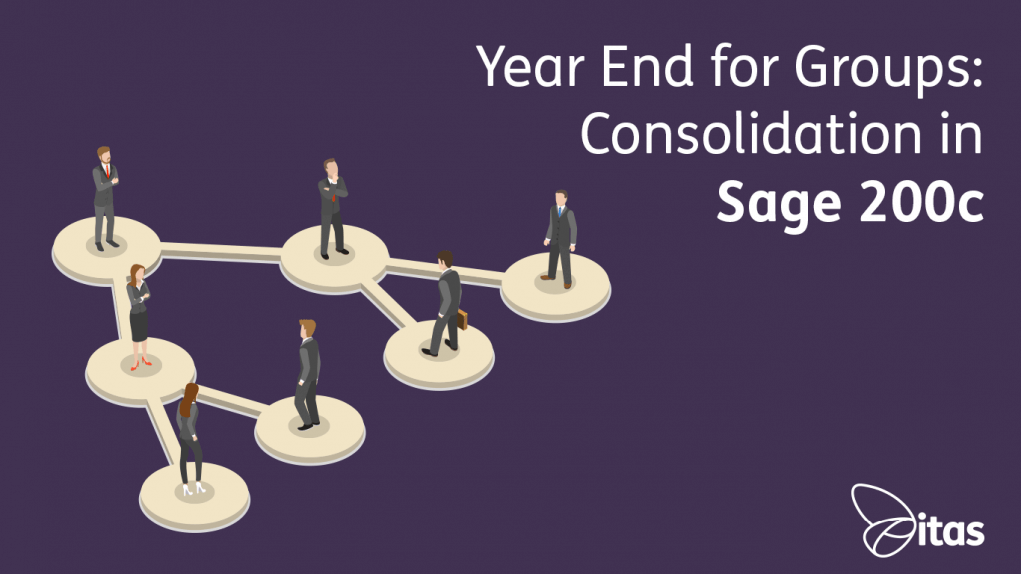 The year end roles around again. It entails more than enough work when dealing with a single company entity, right? Imagine having to repeat the year end process multiple times for different subsidiaries, then correctly consolidate all that information into a parent entity. Suddenly, the hill has become a steep mountain during a heavy snowstorm. Okay, maybe I’ve exaggerated the doom and gloom a bit, but it is a lot of extra work!

Medium sized enterprises, as a minimum, must prepare group accounts. Thankfully, the whole process is made much simpler by Sage 200c. I’ll be accompanying you from the initial setup, right through to the year-end – one step at a time. Before we continue, there are some important preconditions that you need to have in place:

Setting up for Consolidation

If you’ve followed the conditions as set out above, then setting up the companies for consolidation becomes much easier. It’s important that the following setup is done for the consolidation to work. Let’s break it down into 3 steps:

Through Sage System Administration, select Companies from the menu and choose the subsidiary. Select the parent from the Parent Company drop-down list, then Update > Apply > OK.

You will need to permit consolidation in the subsidiary. If there are multiple subsidiaries, then the following process will need to be repeated for each. Select: 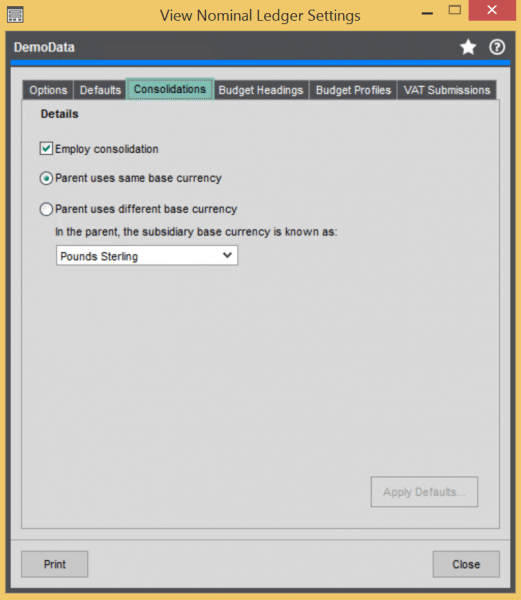 Lastly, the nominal accounts of the subsidiaries and the parent will need to be linked. The easiest way to achieve this (providing that the chart of accounts is the same across the parent and subsidiary), is to automatically link the accounts. Select:

Now that the setup is complete, it’s time to run a consolidation periodically as you wish. Be sure to repeat this process for each individual subsidiary: 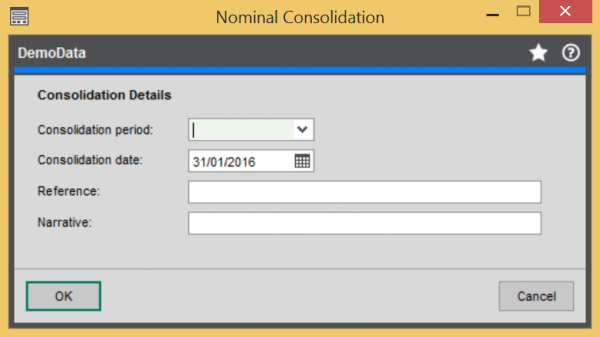 The next step is to define a period to consolidate up to, which you may wish to do as part of a month end routine or year end. You then need to select a posting date, but it will default to the last day of the selected period.

The total value of unconsolidated nominal transactions, up to the selected period, is posted to the parent. This will also auto-populate the narrative with the subsidiary name to make it easier to identify. You can change the references and narratives as required.

The normal result of the year end is the transfer of the P&L balances to a retained earnings account, with the balance sheet amounts being carried over into the new financial year. The complication occurs because the balances from the most recent consolidation remain to prevent duplicate transfers. Therefore, the P&L balances will need to be cleared at the beginning of the new financial year. The balance sheet amounts will need to remain. To the run the year end:

1 – Subsidiary – Finalise all transactions up until the year end and run the consolidation.

2 – Subsidiary – Run the year end. Repeat this for each subsidiary.

3 – Parent – Repeat the year end process for the parent after completing the subsidiaries.

4 – Subsidiary – Reset the consolidated amounts for each subsidiary back to zero:

5 – Parent – Clear the year to date values from the parent:

DO NOT apply this step to any subsidiaries as it clears the transaction data from the company.

6 – Subsidiary – Run the consolidation process again for each subsidiary.

The preceding steps ensure that the balance sheet amounts are posted back into the parent entity. No P&L amounts are carried forward and all companies are ready for new financial year postings.

Consolidation and the year-end can seem like a lot all together, but configuring Sage 200c correctly is key to processing your group accounts efficiently. Get in touch with our team who can help you get the most out of Sage 200c for consolidation and year-end.