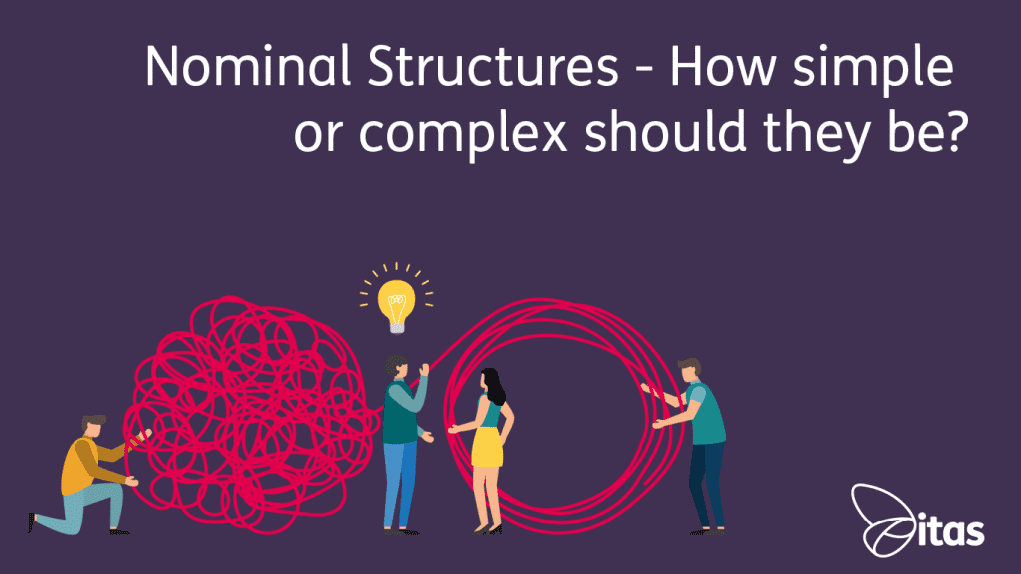 Nominal structures are the backbone of financial reporting within any ERP (Enterprise Resource Planning) system. In fact, even during the days of the old T-Accounts, the Nominal (otherwise known as “General”) ledger was critical to the success of an accounting system, as much as it is today. If you want to know how to view your nominal structure in Sage 200, please view this guide.

However, nominal structures can face difficulties, such as not being detailed enough to separate A from B from C. Additionally, some structures can be overly-complicated. This results in their owners spending ridiculous amounts of time pulling the month-end reports out of their ERP system. As such, the purpose of this blog is maximize the usefulness of nominal structures, through expansion or streamlining.

Your first question is most likely how many tiers should your Nominal structure be? This refers to whether your structure is going to be flat, as in just a code or name for the accounts, or whether you will be utilizing Departments, Cost Centres, etc. Alternatively, if you are thinking of implementing an even more complex structure, take a look at Sage live which allows for Tags.

To elaborate, the nominal account allows you to get a more in-depth look at where exactly the Income or Expenses are coming and going. By using something like Cost Centres, we are able to not only say how much we made from Sales but also how much we made from sales within a cost center. The following example details this process in action:

This then allows us to post our sales to one of these Nominal accounts rather than a generic 4000 account for Sales. Now when we do our reporting, we can find out how much money we made in Liverpool, London, or Manchester. Now extrapolate that principle within the Nominal and you can see how we can begin to build reports around Cost Centre analysis, rather than using generic codes that group together a great mass of transactions.

Example 2 – Expanding upon what you’ve built

You could even add in another layer, let’s say we have another code for Departments within our organisation, such as Telesales (TEL), Online Sales (ONL), etc…

So using our previously formed structure regarding the three cities, we can now have:

At this point, we can find out where all the sales have come from in the country, and which department is responsible for those sales as well. This now allows for some in-depth analysis of how we’re doing in specific areas of the company. Below you see a nominal structure like the one previously discussed: 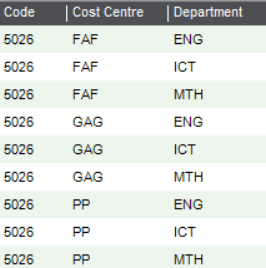 You must take into account that this is usually dependent on the size of the organisation. If you have 3 employees, all of which work in the same office, you probably don’t need to make your Nominal structures this complex. This is a very important point! Just because you can, doesn’t necessarily mean you should. Whilst more in-depth reporting is great, another layer of complexity when it is not needed damages the integrity and usefulness of the data. The following example below will show you what to avoid whilst creating your nominal structure.

So you’ve separated employees into three bases, and you have divided them into telemarketing and online sales. However, now you want to separate people within those firms who have worked for the firm less than (NEW) or greater than (OLD) say five years. Below is what the results of the creation of such a nominal structure will look like:

This nominal structure may be useful for a large firm who wishes to evaluate the newer personnel against their peers. However, this new structure will most likely result in empty entries for firms with a small number of employees. Hence, the usefulness of the nominal structure is questioned, as there are some codes that provide no purpose other than to slow the processing of said data.

Home » Sage Blog » Business Management Software » Nominal structures, how simple or complex should they be?